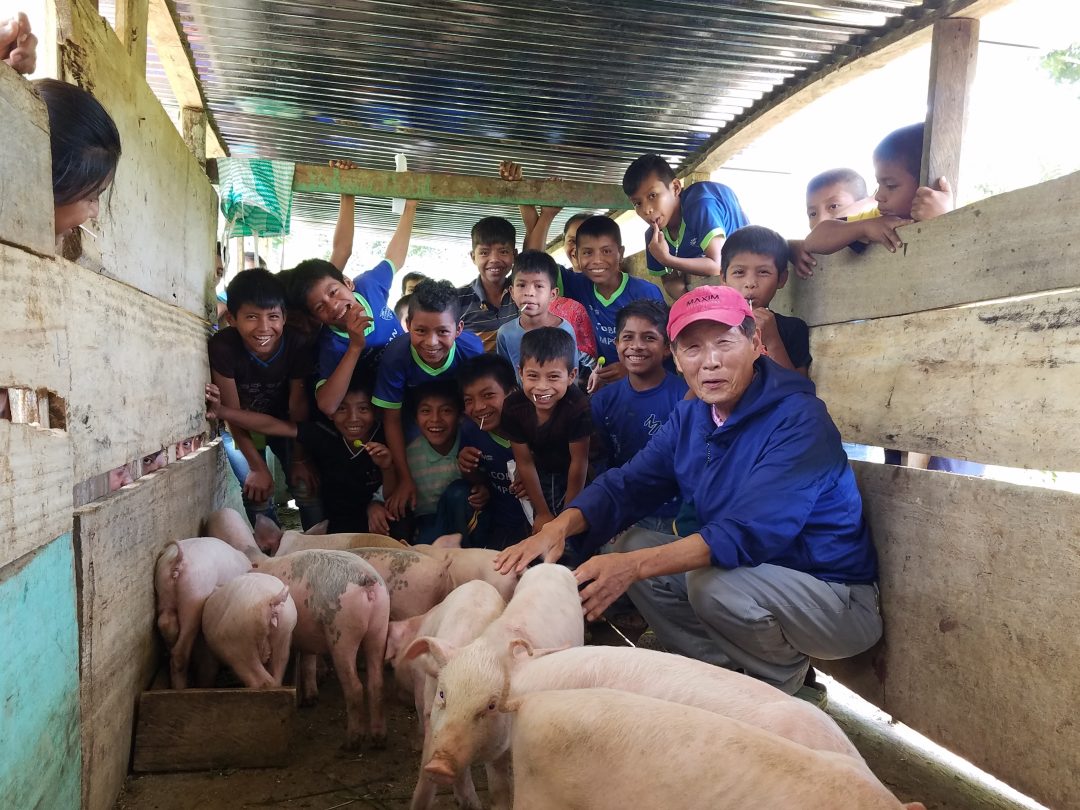 A Story of El Poder, Guatemala

The Galilee Mission Community operates four churches in the city of Chisek that specialize in child and youth worship. The churches are arranged in a way so that our beautiful sanctuary lies centrally, allowing children to safely navigate the four churches.

El Poder Church was the first church established in the city of Chisek. In the poorer regions of Chisek City, many women are tasked with the challenge of supporting their families alone on a single income. This has led to many of them seeking out and cultivating borrowed land in order to support an entire family. For that reason, El Poder Church was established in order to aid these families in need.

Despite having a stable educational system in Guatemala that enforces mandatory education up to the high school years, many children are unable to attend. For some, this is due to a lack of school supplies and, for others, more important priorities are deemed paramount. Some of these priorities include the difficult task of raising younger siblings or finding work in order to supplement the income of their single parent.

In the beginning of August, with the help of GCF, 30 students were chosen who showcased excellence in their daily lives and were gifted with piglets. To these families this gift was a symbol of trust and a chance for these families to plan ahead for the future. On the following Sunday the church halls were filled with children and their parents. To spread the gospel to the families and help them in any way we can is our mission. We hope that our actions provide these individuals with dreams and hopes during their challenging times.

As time progressed, it was turned out that most of the children did not immediately sell or eat the piglets. Instead they kept them in good condition and raised them well. Well enough for them to become sows and to give birth to even more piglets. This project shows that the love of Christ is present in their daily lives as these children practice their field exercise of loving thy neighbor.

Ten years ago we had a similar program where adults were gifted instead of children, but unfortunately there was only a 5% return. Despite these results, we hope that by providing piglets to children, we will have a better return.

In the meantime, a missionary, who could not forget the eyes of the two girls who looked longingly at a pig after sitting next to him, prepared the pigs.  They turned out to be eight- and ten-year-old sisters who couldn’t attend school due to their poverty and lived with three other step-siblings.  The missionary promised to help them attend school the next year with the hopes that one gifted piglet might be the answer to their prayers. 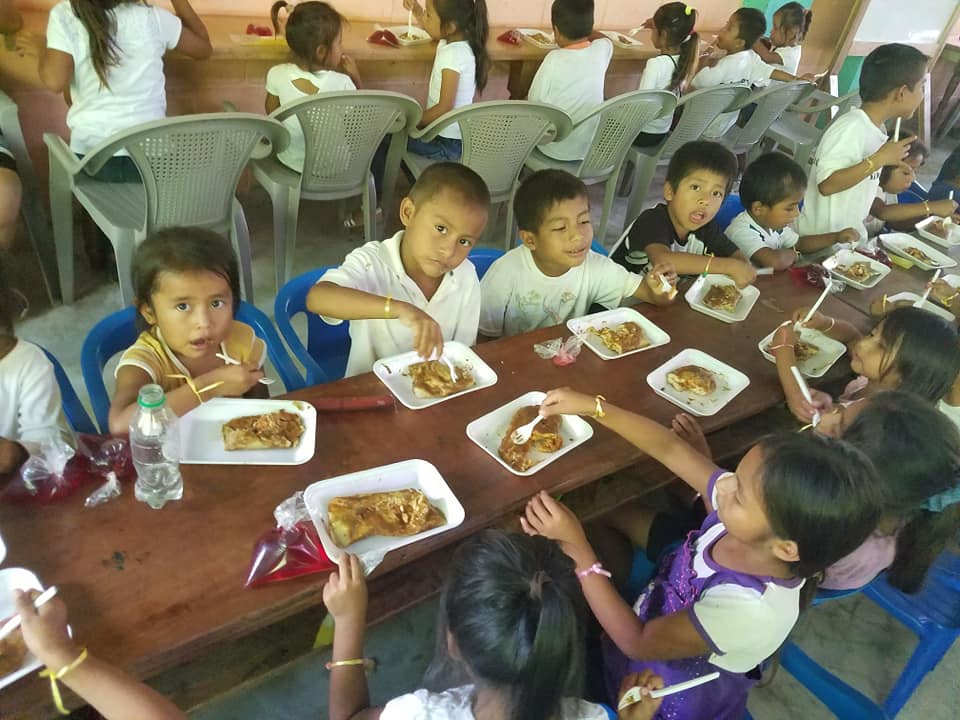 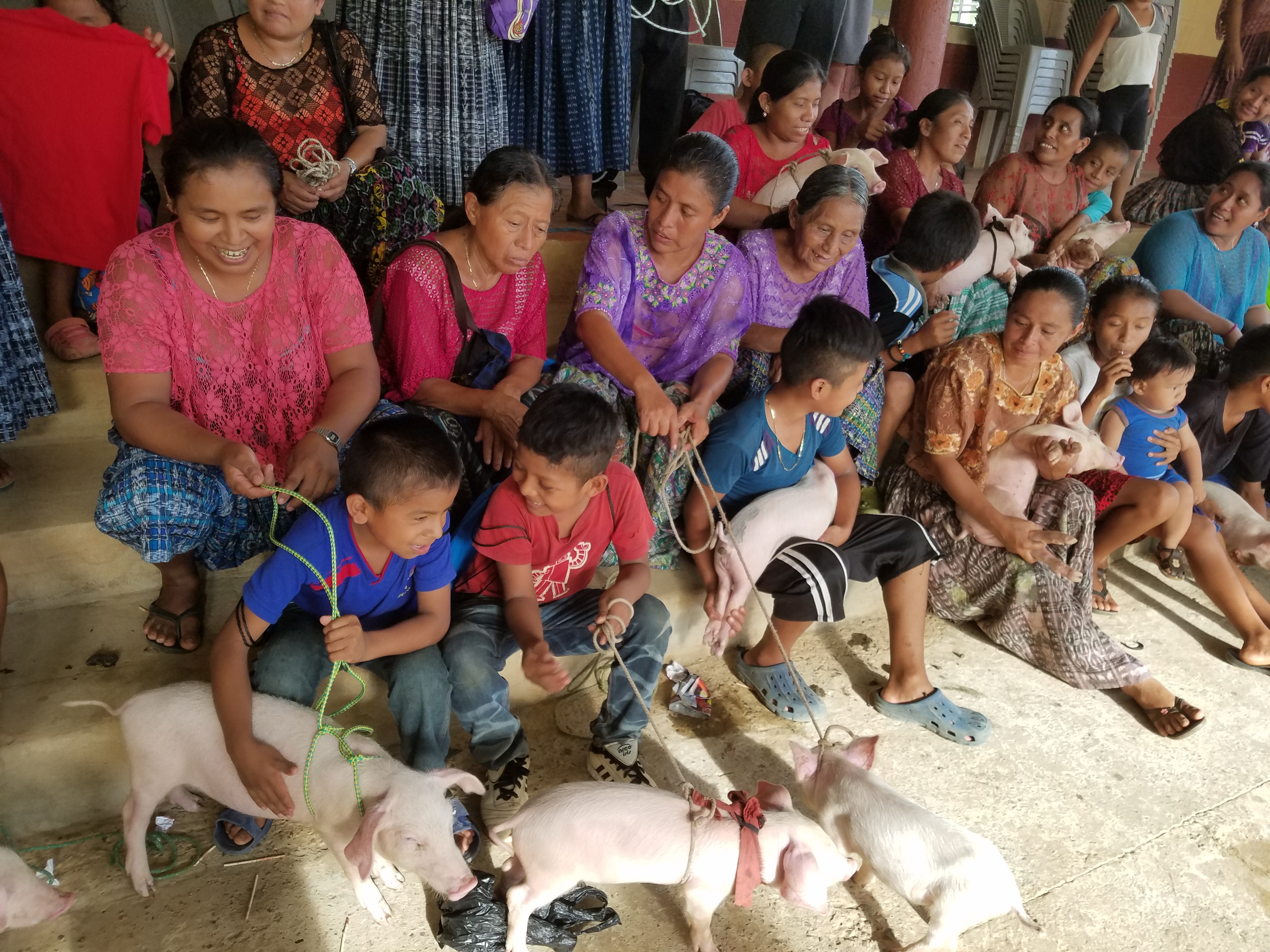 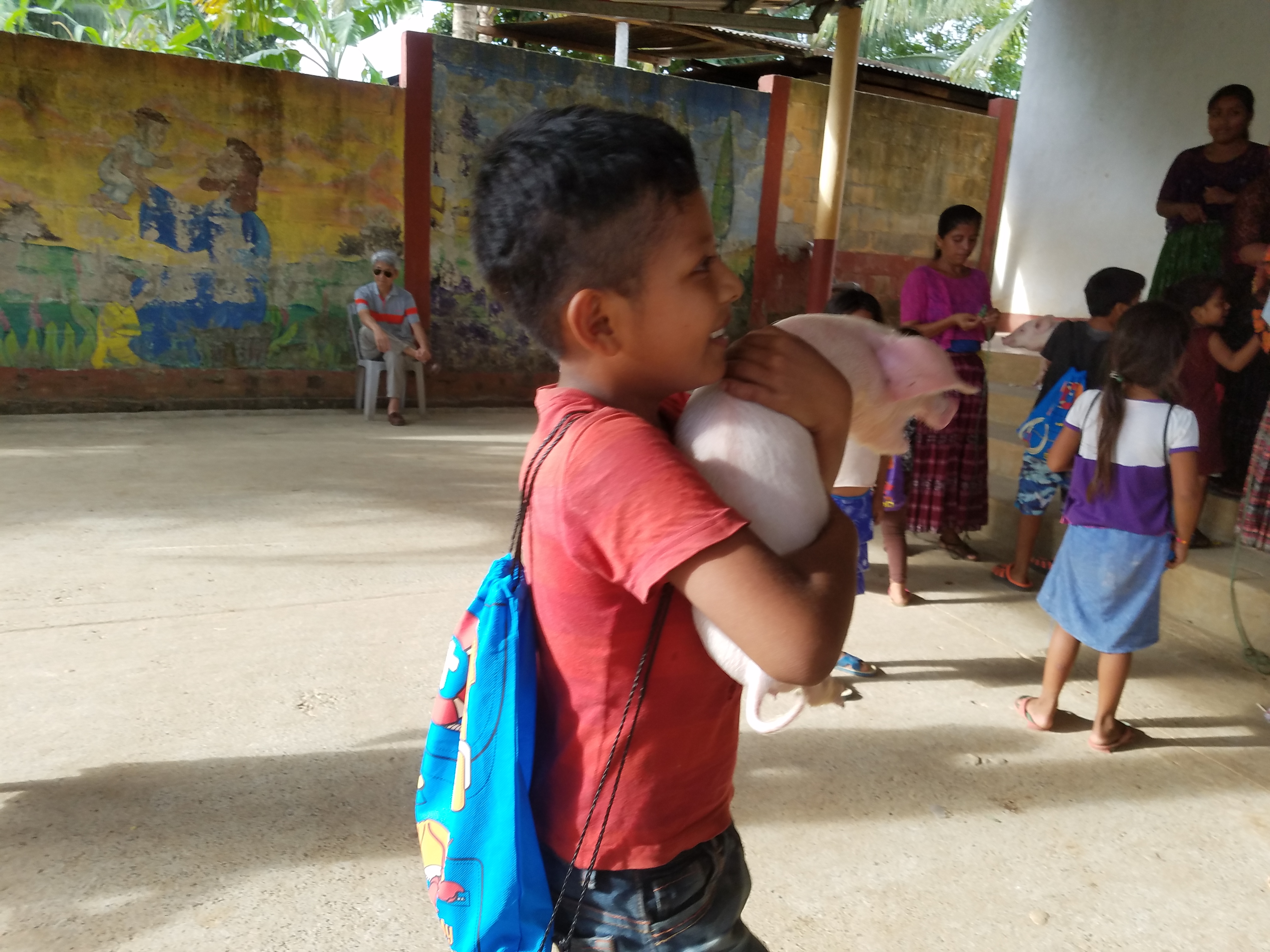 Like others, Mexico is also not immune from the impact of the COVID-19 pandemic. Our after-school program is also on vacation according to the government...

END_OF_DOCUMENT_TOKEN_TO_BE_REPLACED 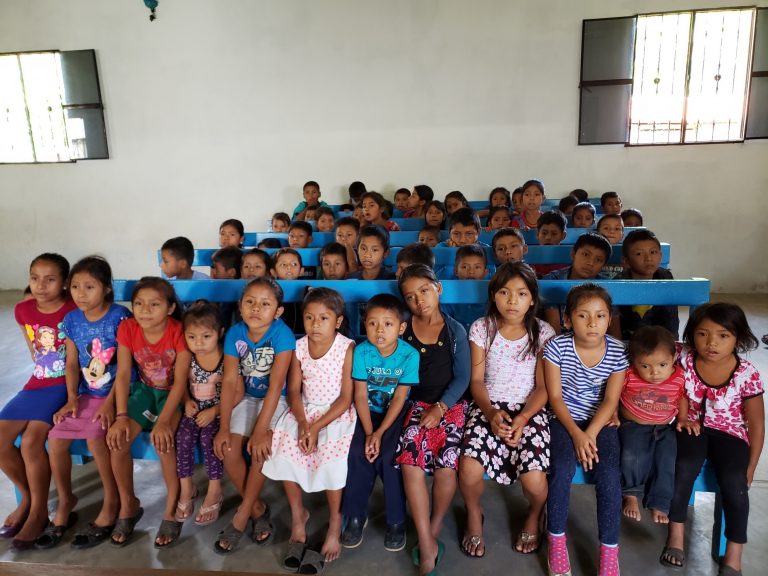 The village of El Tumbo has a population of 4,500, and 3,000 of them are children. El Tumbo is located in a deep alpine forest with an elementary and middle...

END_OF_DOCUMENT_TOKEN_TO_BE_REPLACED

Dramatic Changes in Guatemala After having served in this community for the past five years, we’ve come to notice that the mood of not only the children but...

END_OF_DOCUMENT_TOKEN_TO_BE_REPLACED

Thanks to the love and material support of our members, we are all doing well and living happily. These days, because of COVID-19, our children are unable to...

END_OF_DOCUMENT_TOKEN_TO_BE_REPLACED 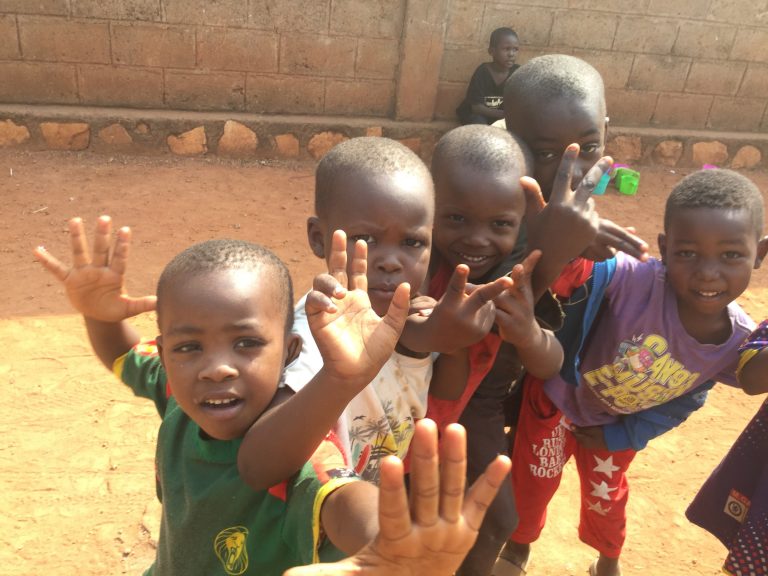 • Feeding the children We have provided meals to children who are in need. These children have lost their parents in the war and now are living with their...

END_OF_DOCUMENT_TOKEN_TO_BE_REPLACED 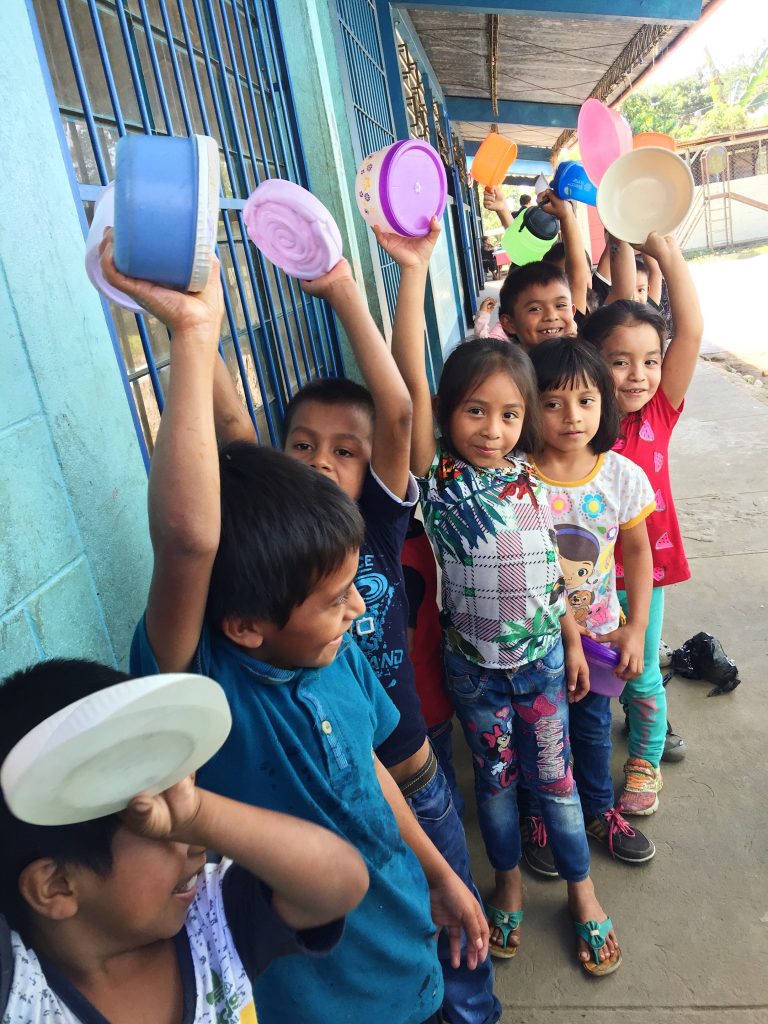 When the COVID pandemic began, the government of Chuisakaba Uno and Dos, one of the poorest regions in Guatemala, thoroughly locked down the economy,...

END_OF_DOCUMENT_TOKEN_TO_BE_REPLACED 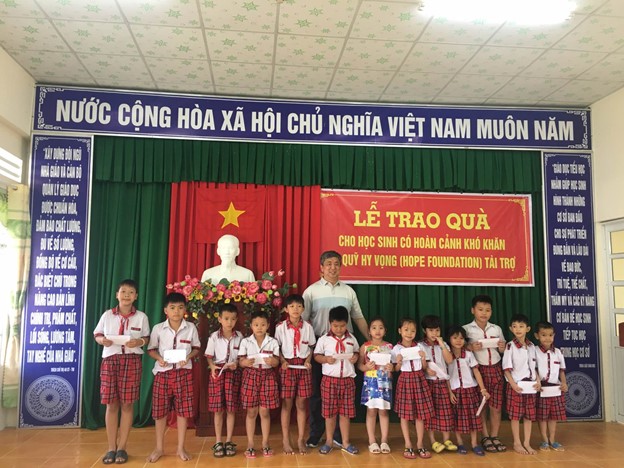 In 2020, we, the Hope Foundation, continued to aid underprivileged children from Tot Not County in Can Tho City, which is about 4 hour 30 minutes away by car...

END_OF_DOCUMENT_TOKEN_TO_BE_REPLACED 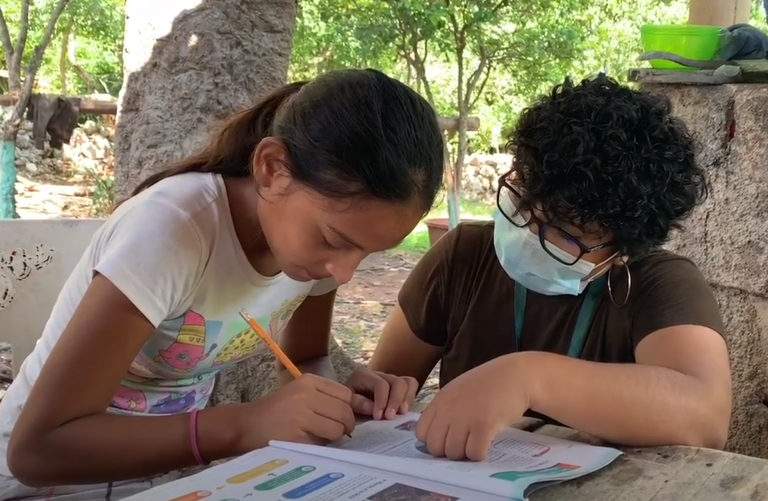 2020 Has been an unbelievably difficult year! Beside the devasting impact of Covid 19 on the whole world, we have also experience one of the mostdevasting...