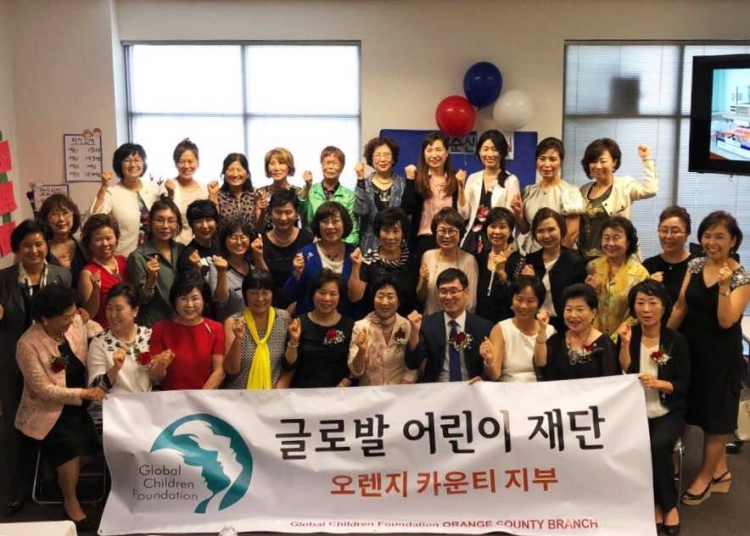 The Orange County Branch of the GCF was newly launched on Saturday, July 21, 2018.

The Global Children Foundation, a group consisting of dedicated mothers who strive to help children who are suffering from economic and social threats around the world, has launched its Orange County Chapter. Fifty associated members were in attendance for the launch in the Korean-American Ethnic Center in Irvine, CA, on July 21, 2018.

“The Global Children’s Foundation has received applauded praise and generous funding from the general public all over the world since it has completed its exemplary financial role and management”, said Kyung-Ae Chung, a chairperson of the executive board members. “Now we have successfully launched the Orange County Branch since the foundation has been its prototypical fulfillment through apparent financial exposition in the communities for the last two decades.”

“The GCF, an amalgamation of mothers with kind-hearted souls, has managed to gather 4 million dollars from bazaars, walkathons, golf tournaments, flea markets, etc. to donate to children all over the world last year,” said Kyung-Ae Chung, a chairperson of the GCF executive board members.

The Orange County Chapter, which is the 22nd chapter of the Global Children’s Foundation, is running with 20 members, Young Jae Lee as the chairperson, Ok-Hwan Choi as its accountant, and Do-Young Kim as the general secretary.

The GCF was founded on July 11, 1998, to financially help at-risk children in Korea after the IMF economic crisis. With the sponsorship of 6,000 worldwide members, children from 37 countries around the world have been subsidized. It’s now striving to not only nourish hungry children but to also patronage their education, health, welfare, and specialized guidance.

The foundation’s branches are located in the West—San Francisco, San Diego, Los Angeles, Las Vegas, Orange County,—East—New York, New Jersey, Washington, D.C., Virginia—and Central—Chicago, Michigan, Indiana, Oklahoma—U.S. regions along with Canada and Asia including Hong Kong. The sponsorship fee is $10 per month with the intent of “donating one lunch” and $1,000 for a lifetime membership. To join, please contact Yoon Young-jae, president of the O.C. branch, at (949) 502-1756.